A 55 year old patient was seen in our urgent care for nose bleed for 4 hours. The patient denies any trauma to the face.  The patient is on blood thinner  and had similar episodes in the past but lasted only 30 minutes and the patient was able to control it except this time it is lasting for more than 3 hours. The patient also takes metoprolol and Atorvastatin along with the blood thinner from Iceland. Dr. Jain saw the patient and ordered the lab work and started taking care of the nose bleed which was coming from the upper part of the nose (posterior bleed).

The patient continued to bleed and did not respond to medicine for nose bleed. The patient nose was packed by Dr. Jain on both sides and was observed in the office for 2 hours. The patient did not have anymore bleeding from the nose and was sent home with the instruction to return next day to remove the nasal packing.

Nosebleeds are common during winter months and in dry, cold climates. They can occur at any age but are most common in children aged 2 to 10 years and adults aged 50 to 80 years.

Less commonly, an underlying disease process, such as an

4. Abnormal blood vessels or cancers in the nose are rare causes of nosebleeds. 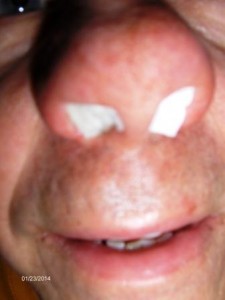 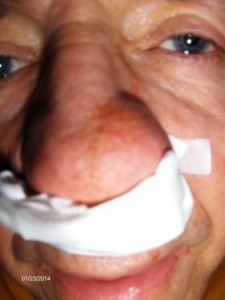